“He was really good at presenting himself. He came across as quite mature and he had clearly thought through what he wanted to do. That is what convinced me at the time,” says Line Bertheussen, Director at the Mercuri Urval Shanghai office, who offered Kasper Holst Kristensen a six-month internship in the autumn of 2016.

Before taking Kasper in, they had not had a western intern at the office before, but his persistence exemplified by his unsolicited application and successful interview persuaded Line Bertheussen that it could be very interesting to try it out.

Kasper wanted to work with people
Kasper Holst knew that he wanted a business oriented aspect to his education after having studied political science on his bachelor at Aarhus University. So, when he learned about the Public Management and Social Development Master’s programme at SDC he jumped at the offer.

As part of the third semester on the Master’s programme, students have the opportunity to do an internship at a company or in an organisation. Kasper wanted to work with people and he was curious about human resources, so he took a chance and followed his curiosity from SDC in Beijing to Mercuri Urval in Shanghai.

“I thought my background meant that I would intern at an embassy or the like. I have always thought that HR was interesting, but I didn’t expect that I would work with it. Gradually, though, I realised that HR is very exciting,” explains Kasper Holst. 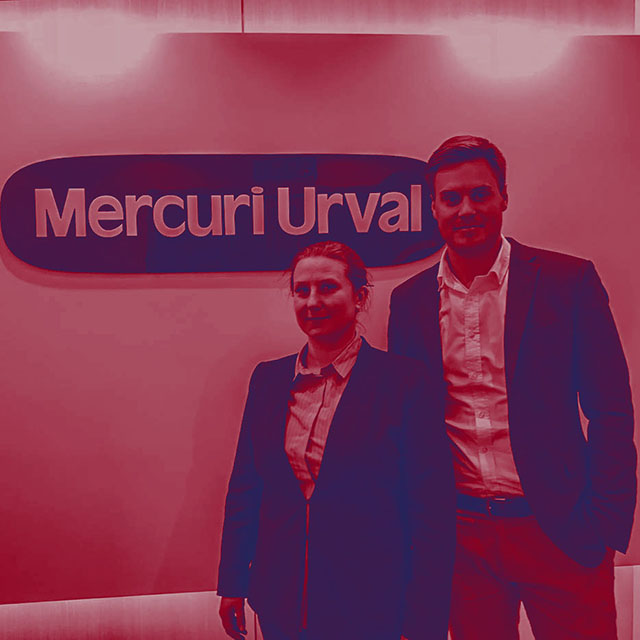 Detail oriented and organised
The first task Kasper was asked to perform as an intern was to do a customer analysis based on information he gathered and present the results to his colleagues. A task he handled very well according to Line.

“When it comes to Kasper’s way of working, he is very detail oriented and he has the ability to go deep into the material. His willingness to try and the fact that he was very active in asking people where he could support them was a main factor why he was able to do so well. I could see that his cooperation with his colleagues was really smooth, which could be down to his previous experience from studying alongside Chinese at SDC. After the first presentation, he was given more opportunities and was very quick to contribute to our normal work,” explains Line.

Kasper Holst himself also found that he had some valuable competences, which differentiated him from his colleagues.

“Actually, I quickly realized that having been a student for five years and having studied Public Management, I was well equipped for the position. For instance, my education had given me some qualities relating to structuring and analysing data and writing reports, whereas my colleagues we’re good at the psychological aspects of recruiting,” says Kasper.

Making it in China
Since the internship was concluded, Kasper wrote his thesis using data gathered at Mercuri Urval, and after his graduation in the summer of 2017, he has now signed a full-time contract as a HR Consultant, having proved his worth to his boss.

“We look mainly at activity and being willing to make things happen. It is necessary to have an adventurous personality and you have to be curious towards experiencing things that are different, when you go to a different country like China. You need to understand that you can’t just take what you know from a European context and apply it to China. It doesn’t work that way,” explains Line and states that she would be interested in taking in more interns from SDC in the future.

As goes for Kasper, he has now replaced his status as an intern and a student at SDC with a new status as a resident of Shanghai where he will be plying his trade as an HR Consultant with confidence, having been in China for over two years.

“China is not the easiest of countries to go to, so going there with SDC gives you good support and the opportunity to learn about the culture. Now I feel ready to step out from under the SDC umbrella and experience China by myself. For me it was always about challenging myself to work out here,” says Kasper, who is also taking Chinese lessons in order to get further under the skin of China and its culture.
Mercuri Urval is a Swedish HR Consultancy with more than 50 offices around the world. They have been present in China since 2007 and their primary services are executive search, professional recruitment and talent management such as coaching, outplacement etc.