What Happens When We Sleep?

Imagine that you wake up and your house has been cleaned while you were asleep. All by itself. This is actually happening in our brain when we sleep – thanks to a liquid system.

PhD student Thomas Lindhardt from the Center of Functionally Integrative Neuroscience, Aarhus
University, is investigating the fluids in the lymphatic system that were recently discovered in the brain:

It is also known that people who do not sleep enough have a higher risk of developing Alzheimer’s disease. Therefore, Thomas Lindhardt is working based on the hypothesis that the glymphatic system is more effective in cleansing the brain of damaging proteins during sleep.

‘By scanning mouse brains, we can investigate the liquids and compare these across a sleeping and a waking state. I use MR scanning techniques to study the dynamics on the entire brain level, and we hope our data might contribute to elucidating some of the mechanisms of this system that are still unknown’, Thomas Lindhardt says.

Thomas Lindhardt collaborates with the Institute of Neuroscience, CAS, in Shanghai, and from there he brought 3D components that they now print at Aarhus University Hospital. The components make it possible to scan mice while they are awake, which is only possible very few places in the world.

‘I have brought a lot of experience and methods to Denmark from China. The amount of hands-on
experience I got in Shanghai during the year of my Master’s thesis is incredible
’, Thomas Lindhardt says. 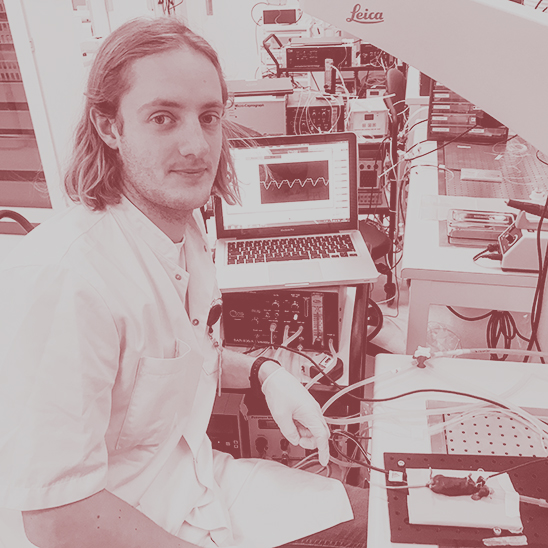