Stine Haakonsson has been involved in SDC for more than ten years. The last five years as Principal Coordinator for Social Sciences, a position she continues to possess for five more years. During her time at SDC, she has witnessed interesting technological, sociological, political and economic developments in China:

‘China has gained importance as a global actor politically and economically. During the time I have been involved in SDC, this development has been obvious and it will continue. One example is the catch-up in technological development in China. China used to import technology for production, today innovation, science and technology is coming from China. Chinese companies have become innovators. My own research relates to investigating and analyzing global innovation networks. I try to map the dynamics of transfer of knowledge and technologies, processes that are increasingly global of nature and develops across countries. We see Chinese firms and scholars having considerate roles in these networks,’ Stine Haakonsson says.

Major shifts in ways of thinking societal developments
Stine also sees a development in the Chinese society and has experienced that China is very open for dialogue with Danish scholars on this subject:

‘Besides our green technologies in Denmark, Chinese scholars have also engaged in discussions on societal factors, for example on how to build a welfare system. We have a good collaboration with the Chinese Ministry of Science and Technology about Transformative Innovation, which means using policy to steer innovation to be relevant for societal transformations, in our case on sustainable transformation. The Chinese government is no longer focused on economic growth alone. In the future plans the society’s development is at the center along with considerations on social and environmental goals. Because if the Chinese society has to prioritize between innovations, such social and environmental values guide them to prioritize what are most important and long-term oriented. We in SCD Social Sciences have seen major shifts in ways of thinking societal developments in China in general. From a top-down focus on industrial development towards more bottom-up initiatives considering social inclusion and local ownership.’

Being involved in SDC, Stine Haakonsson also feels she is contributing to nuancing the image of China in the Danish public debate: 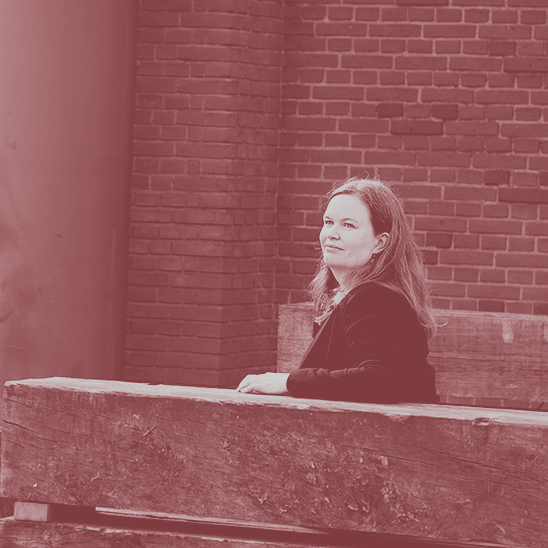 ‘It is really important that we tell the right story about China. Even among enlightened educated people, my experience is that many have a stereotyped old-fashioned view on China. The debate tends to get ‘colonial’. Often journalists call me to confirm some prejudices and it is difficult to add nuances. China is a huge country and incredibly complex to generalize from. The Danish media is binary in this regard, either you are a China-optimist or a China-sceptic. I do not see myself or SDC in any of these categories.’

Sharing knowledge beyond the academic world

Stine Haakonsson sees a great potential in collaboration on research across other SDC research fields. Together with Principal Coordinator Birte Holst Jørgensen, from Sustainable Energy, Stine is editing a SDC international science report on Energy Transition. This is the first of its kind aiming to share research results and knowledge about and from collaborations with Chinese universities beyond the academic world. Scientists from the Sustainable Energy and Social Sciences fields across Denmark and China have contributed with chapters for the SDC international science report.


‘Our plan is to publish the report at the 2020 Annual SDC Corporate Innovation Days. This is an annual event, linking SDC to our stakeholders, such as scholars, Chinese and European companies, the Danish Embassy and the Innovation Centre Denmark in Shanghai. This year we collaborate on the topic of Energy Transition. Hence, we want to share interdisciplinary perspectives on how the climate change agenda also brings a need to re-think energy systems, technical and societal alternatives are needed.'