Tang Jie got a full-time job in a high-tech company, she is strongly involved in an international community for women in the STEM industries, and recently she translated the Chinese edition of the book “Brains Explained”. As of last month, the book was the second-hottest selling book on dangdang.com's list of new science books.

For 26-year-old Tang Jie the translation of the book complements her other projects perfectly.

‘My job as a Science Specialist, my engagement in the community ‘Ladies who Tech’ and the book translation revolve around the same topics, and it all improve my knowledge within the area of brain science and it makes me more efficient and fulfilling,’ says Tang Jie.

She holds a double Master’s degree in Neuroscience and Neuroimaging, and right after graduation she landed a job at Neural Galaxy, which is a Brain Science company born out of Harvard Medical School and MIT. Currently, she works as a Science Specialist at Deepwise, one of the fastest growing moving high-tech startup companies focusing on developing artificial intelligence technology in medical field. Here, she corporates with doctors and leverage her experience in medical data processing and algorithm analysis, when they publish papers, invent patents, and provide medical solutions.

A passion for science communication
Tang Jie has carried out translation tasks since 2013, but so far, she has mostly translated academic articles or regular foreign language materials. This is the first time she takes on the job of translating a book.

‘I also have a strong passion for science communication, and I was really overjoyed when I was told that I was elected to translate the Chinese edition of the book, because it is not just an ordinary academic book,’ says Tang Jie.

The American writing couples, a neuroscientist and a clinical therapist, started a YouTube channel (Neuro Transmissions) with one mission: To explain the brain. They topped the success with the book “Brains Explained: How They Work & Why They Work That Way”, which scrutinizes the sometimes-dubious history of brain science from a modern perspective.
Their work is right up Tang Jie’s alley.

‘When people hear I work with brain science, they often have a feeling that is mysterious and unintelligible. But we all have a brain, and we all use it every day. I think it is important to communicate about brain science and get more people engaged. It is fantastic to see that your work matters, and you can help people,’ says Tang Jie.

During her studies at the Institute of automation of the Chinese Academy of Sciences, she noticed that, compared with the undergraduate stage, there were way more men than women at the institute. Today she is active in the international community “Ladies who Tech”. 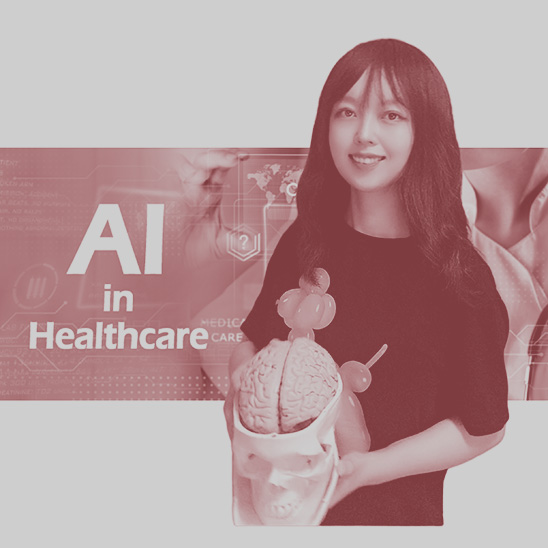 ‘I meet people with the same passion for STEM (Science, Technology, Engineering, and Math) industries, and I would like more people, especially women, to assist and discover their potential in this area. We can do it just as well as the men,’ she says.

“A valuable book with straightforward language”
Tang Jie looks for every option to improve her qualifications and share her knowledge, and even though the book took half a year to translate, along her full-time job, she would like to translate more as long as it is associated with brain science.
She aspires to combine her expertise and transmission skills into a career in HST (Healthcare Science and Technology) profession. ‘Doing science research with strength and doing science popularization with warmth.’ This is her working tenet.

The Chinese Head of the Neuroscience and Neuroimaging programme Professor Xue Rong is happy to see one of the programme’s alumni make her first appearance as book translator.

‘It is a very valuable and interesting book using popular and straightforward language with beautiful and vivid pictures about brain research and its history. I’m happy that Tang Jie has introduced the book to Chinese readers, and I believe that high school and college students would be attracted by the book,’ says Xue Rong.