Respecting the Laws of Nature

PhD student Nicolas Fatras is preparing for a future where electricity production and consumption patterns will have to change due to man’s inevitable increasing reliability on renewable energy sources.

Global energy consumption is changing and the focus is no longer just on increasing production, but increasingly on using the energy available more efficiently.

“So far, with fossil fuels, we have been able to produce and consume electricity however we wanted to, but in the future, we will be totally reliant on renewables. That means that we have to adjust our consumption, because we can’t control when the wind decides to blow and when the sun decides to shine. I really like this idea of man going back to respecting the laws of nature,” says Nicolas Fatras.

Before arriving in Denmark and taking on the PhD position at the University of Southern Denmark, the Frenchman worked in the wind industry. During his time there, he gradually realised that there was not enough being done on the demand side.

“Because you can’t store electricity, it is always about matching supply and demand – and there is a lot of potential on the demand side, which is why I decided to grab this opportunity” Nicolas Fatras says. 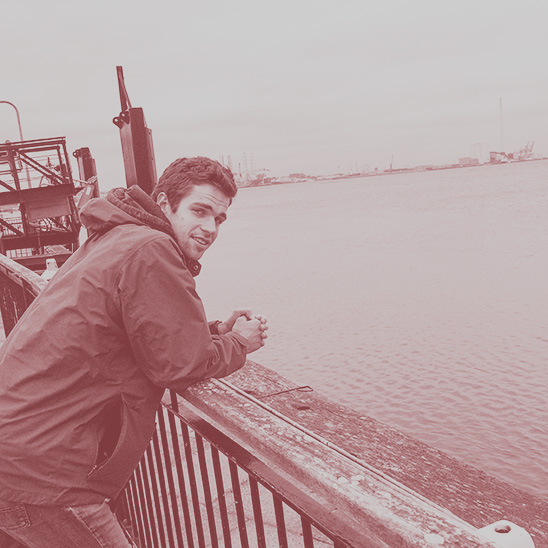 The Chinese electricity market and hence the price of electricity is decided centrally. On the other hand, the Scandinavian system is based on the balance of supply and demand, which works in favour of renewable energies and encourages more flexible consumption. This is where Nicolas Fatras sees an opportunity to positively impact carbon emissions and make electricity cheaper for consumers.

Building a Digital Twin for the Smart Electricity Market
The aim of his research is essentially to develop a piece of software that can calculate and show consumers and policy makers the potential benefits of adjusting their electricity consumption. For this purpose, he will make a digital twin.

Usually, simulations use assumptions and approximations to test scenarios, and the outcome will be a hypothetical result. When using a digital twin, you follow a similar process, but your model is constantly updated with real time data which the model can learn a lot from, and hence the result will be applicable for industrial players.

In practice he would ask an industrial consumer for data on when and how much electricity they use and what means they have for adjusting their production. Then he would put these parameters into the digital twin software, which takes real time electricity prices into account, and finally he could show them how they could benefit financially from shifting their production process to another time interval, when the electricity grid is less under pressure and prices are lower. However, there is a challenge, Nicolas Fatras explains.

“For the industries, we need to find the right financial incentive. There have been quite a few attempts at doing it before, but it was shown that the prices were not attractive enough, because industries’ priority is to produce goods with added value and not consume electricity.
But the interesting news is that in the future, prices will be expected to be a lot peakier with renewables, which are a lot more variable. So, there will be a higher potential for industries to make some savings out of it,” he says.

Between Denmark and China
For Nicolas Fatras, working with Smart Energy Systems in a Danish/Chinese context makes a lot of sense, considering the competences that are available in both countries.

“Denmark is known as a pioneer in renewables in general. They have a lot of experience, their policies are quite ambitious and they have companies that are known worldwide in that field, but the opportunity to go to China was really what got me hooked. China has quite a lot of expertise in artificial intelligence and machine learning and these capabilities could combine very well with this practical experience of Denmark,” he says.

Being a global citizen and having moved around a lot, Nicolas Fatras went to China in 2017 and that roused his curiosity.

When he gets there again, the plan is to collect electricity consumption data among industrial consumers. Besides that, he looks forward to immersing himself in a Chinese research environment.

“In general, if you want to tackle the sustainability issue, China will be a crucial player, so it is important for Europeans to also understand China better and collaborate with them. Tackling these issues is not a competition between countries – it should be a collaboration and so I think increasing the links between countries is very essential.”

Nicolas Fatras commenced work on his PhD project in December 2019 and is currently working on his first scientific publication, which he is aiming to get published by the end of this year.