Morten has been with SDC since 2009, the last four years as deputy director. He has helped build and further develop the basis of the SDC – the academic partnership with the Chinese on research and Master’s degree programmes – just as he has helped develop the administrative set-up.

China has been the center of his study life and professional life for almost 20 years. He holds a PhD in China Studies from Aarhus University and over the years he has stayed in the country for long and short periods of time to conduct research and work. Even though his daily place of work will be at the SDC office in Denmark he will still have frequent work periods in Beijing.

”I am very grateful for the confidence the Danish universities have shown in me by appointing me as Executive Director. Of course I also see it as an acknowledgement of my work for SDC during the last almost nine years. During that time SDC has developed from a great idea to one of the most remarkable examples of an efficient collaboration within research and education between China and a foreign partner,” says Morten Laugesen.

Support from the eight Danish universities

He will take over the position on 1 December 2017, and he will be leading the development of SDC together with the Chinese Principal Director Wu Yueliang.

”I see it as my most important task to secure the position of SDC as a central hub for the Danish-Chinese knowledge collaboration and to make sure that SDC as an institution continuously will be given the full support from the eight Danish universities. A decisive strength of the collaboration with the Chinese is that all of the Danish universities are involved. It makes it possible to bring Danish competences into play across institutions and areas of expertise,” says Morten Laugesen.

Morten Laugesen takes over from Lauritz B. Holm-Nielsen who is retiring. 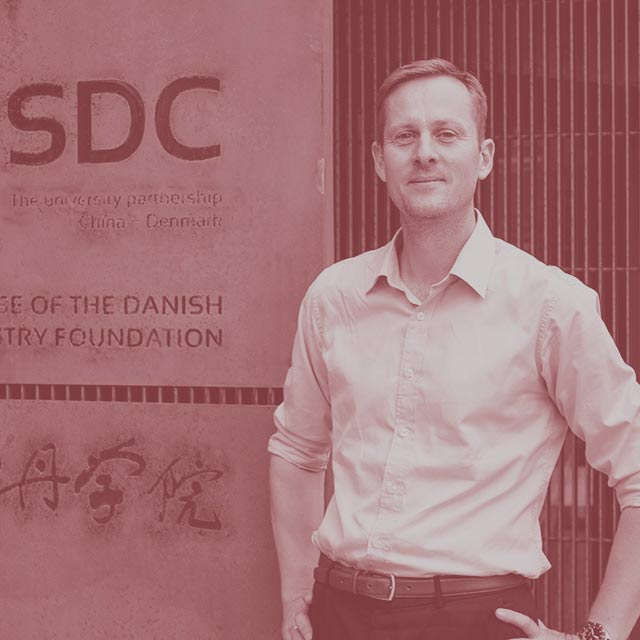