‘I supervised Huang Ting during her thesis, and now we are writing an article for a scientific journal based on her findings. Huang Ting is the driving force, and I learn a lot from her, even though we are in different places in many ways’, Anders Ryom Villadsen tells.

Huang Ting finished her Master’s degree at SDC in the spring of 2019. Her thesis deals with Chinese cities’ release of information about their pollution level, a national initiative that is part of improving the environment. However, the extent to which they release information varies from city to city. To study the subject, Huang Ting collected data on pollution emissions from more than 100 Chinese cities over the last nine years.

Now Huang Ting and Anders Ryom Villadsen use the data to determine the impact on the information level when new mayors are appointed in Chinese cities:

‘I have worked a lot with changes in leadership positions in Danish contexts, but not in a different
cultural context like the Chinese. It is exiting to use another set of data to explain the dynamics in
organisations when there is a change of management

Anders Ryom Villadsen feels inspired by the collaboration with Huang Ting, and he has encouraged her to apply for a PhD position at Aarhus University. Besides building a solid foundation for her future research career, Huang Ting also has ambitions to bring her knowledge about China into the theoretic field:

‘It would be interesting to test boundary conditions for existing management theories and develop new theories by using distinctive characteristics in China’s political system’, she says. 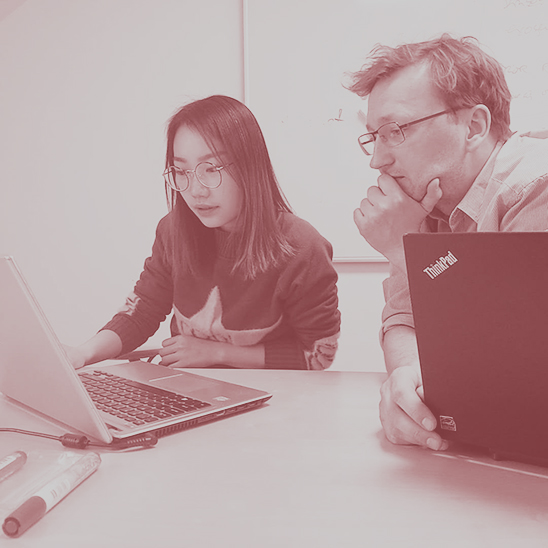