From SDC to Tennessee

As Jingning Ao is about to embark on her next adventure, a full PhD scholarship at Middle Tennessee State University in The United States, the now former SDC student looks back on an exciting few years with heaps of challenges and invaluable cross cultural experiences

Early on in 2008, when Jingning Ao studied for her bachelor degree in Shipping Management at Dalian Maritime University, she realized that she wanted an international education and the opportunity to work with people with different cultural backgrounds.

"I thought the shipping industry was interesting, but what really excited me was the opportunity to learn about different languages and ways of working in different countries, so that was when I decided that I wanted to apply for a cross cultural program on my Master's Degree"

Therefore Jingning Ao decided to apply for a Master's degree at Sino-Danish Center in 2012, although she didn't know much about Denmark at the time, besides Hans Christian Andersen and shipping giant Maersk Group.

Jingning Ao started studying at SDC in Beijing in the autumn 2012, and the lectures she attended were very different from those she had been used to previously.

"The first six months were very difficult because we had to start new courses every month, and I was not used to thinking and speaking in English all of the time. Doing oral presentations and exams, as well as cooperating with the Danish students was difficult due to the language barrier, but it gradually got easier, and later I became aware of the huge benefits of my hard work."

The relationship with her non-Chinese classmates also got better along the way and especially Danish girl Shamail Haydar became a close friend, whom Jingning Ao later invited to travel to her home in Inner Mongolia to visit her family.

"Shamail is a wonderful girl and I feel so lucky to have her as my friend. Besides that she has also introduced me to many new people and opened doors for me that way."

On the third semester at Innovation Management students do internships, and Jingning Ao did hers at the Beijing branch of Danish pump manufacturer Grundfos. There she worked with the Chinese district cooling market in their Business Development Department.

"When I first met the people from Grundfos I was very impressed by how serious and professional they were, but also by the fact that they aspire to educate the Chinese market. So I soon realized that I wanted to work for them." 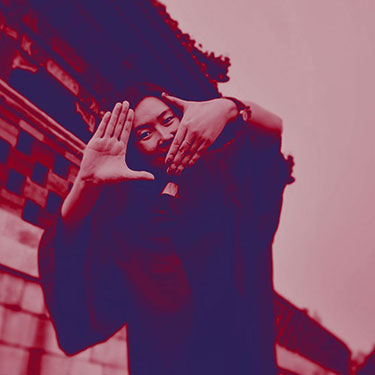 "My job was to analyze the district cooling market in China, so I traveled a lot at the time. I was faced with many issues, but at the same time given the freedom to come up with solutions of my own. It was very educational for me to experience how the industry works, and at Grundfos I learned that obstacles are opportunities that I can learn from."

Jingning Ao believes that the skills and experiences she learned at SDC and Grundfos gave her the confidence to explore many more opportunities during the third year of her Master's Degree.

During that year Jingning Ao did an internship as a project leader at Stanford Asian Liver Center(ALC), did consulting work for United Nations Development Programme(UNDP), gave a speech at Massachusetts Institute of Technology(MIT) and completed several courses on leadership both online and offline in Sydney, Coursera, EdX and more.

Jingning Ao does not quite know where she gets her energy and motivation from, but attributes huge chunks of it to the transformation she has gone through since her bachelor.

"The biggest change for me is the courage to pursue my passion and the firm spirit of being a lifelong learner. I have adopted the view that the more you do the more you can do."


Going to the States

Jingning Ao's bags are now packed and she is ready to move thousands of kilometers away from home and spend four years at Middle Tennessee State University, where she will work on her PhD in Health and Human Performance. Although she is no stranger to challenges, she is still nervous about what lies ahead. But when things get difficult she remembers what she learned from Professor Slepniov at SDC: "Get lost sometimes - It's the best way to learn".