Three years of study, access to academic feedback and a PhD as the overall ambition. This was the idea Jesper Christensen had, when he one year ago graduated with a master's degree in Omics from SDC. Things turned out differently, and today he could not imagine a different career path from the one he found.

Jesper has landed a job as an Analytic Service Manager at Eurofins. The company is an international group of laboratories providing testing and support services to the pharmaceutical, food, agricultural, environmental and consumer products industries, and to governments.

Turned the rejection letter into a job offer

When Jesper returned to Denmark after finishing his master's thesis in Beijing, he started to search and apply for vacant PhD positions in Denmark and abroad. Time went on, and he did not find the right place to be. After some months he decided to approach his job search in a new way, and he sent out an uninvited job application to Eurofins in Denmark - just to receive a rejection letter. He then decided to give them a call.

"I was prepared for the fact that they did not know my master's degree, and therefore I had described myself as similar to a molecular biologist. During the conversation I found out that it was a mistake, as they had an assumption that not many biologists are happy to work in front of a computer. But that is exactly one of the core competences for my master's degree. We are able to work in the laboratories and produce data, but we do not run for the exit when we are met by a huge amount of data," says Jesper.

When he got a second chance to explain his profile, he convinced them and ended up with a job in Eurofins Vitamin Competence Center.

"Right now I cannot imagine returning to the research environment at a university. I have learned that I like working in the private sector a lot more than I had expected when I started looking for a job," says Jesper, who just have been in China to meet up with some former fellow students and participate in the SDC graduation 2016.

What characterizes the master's degree in Omics

When you study omics you combine hypothesis based research with data and technology based research. Jesper explains that the students develop the ability to handle huge volumes of information from public available databases. This information is crucial in the designing of experiments and the interpretation of the attained data within bioscience. 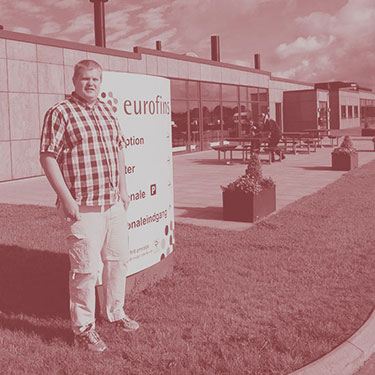 Jesper has always liked the variety in the master's programme. One day you spend time producing data in the laboratory and the next day you analyze the results at the computer. Today however, he is very satisfied with concentrating on looking upon the results in context with other data and interpreting them. Even though his work is about analyzing vitamins he often finds it useful to draw on his knowledge from the master's programme.

"It's great to have the background knowledge about how the body works, as it makes it much easier for me to adopt our customers' point of view. I have also been able to create programme codes which have reduced some really time-consuming, manual processes in the department," says Jesper.

Every day he has a lot of different, exciting work tasks, and he likes the pace in the industry. All in all he feels that he is the right person in the right place.

Jesper's three words of advice when starting your career 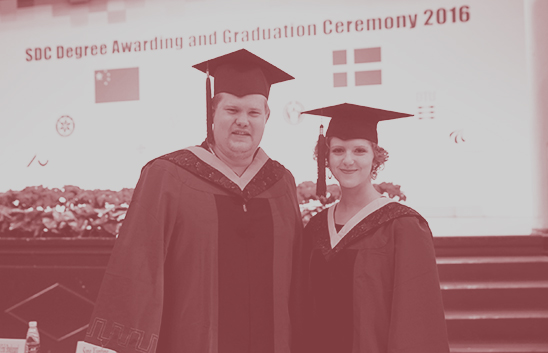