’Wow, I am never going to make this’. That was how Cassandra Tong Ban Garner felt after her first week as an intern at the Embassy of Denmark in Korea.

Now, with less than a month left of her internship, she knows that she more than made it. She got the chance to work with Danish companies’ involvement in a smart hospital project related to the ‘Korean New Deal’, which is a fast track for a nationwide digital transformation launched by the South Korean government.

Cassandra Tong Ban Garner studies Public Management and Social Development, and for six months she has joined the Trade Council at the embassy in Seoul. Here they assist Danish companies who plan to enter the Korean market, and they work to optimize conditions for already settled companies.

Shortly after she put her feet on the ground in Korea, she got involved in the project about smart hospitals, which is a part of the Korean New Deal. The reform aims to transform the economy to make it greener, with more digital services and stronger safety nets.

‘Before 2025, 18 hospitals will be upgraded to smart hospitals in order to e.g., provide remote healthcare services. I have helped recruit the relevant Danish companies, held online and offline workshops, had the contact to the Ministry of Foreign Affairs of Denmark etc.,’ says Cassandra Tong Ban Garner.

It all culminated when she and her colleagues had organised a huge event in Daegu in South Korea. Here, the Danish companies pitched their health tech solutions to the Danish Ambassador to Korea H.E. Einar Jensen, a Danish delegation from Healthcare Denmark and the top management at one of the biggest hospitals in the country.

’Within my first month I had put a lot of effort in the work, so it was so cool to follow the project through. The huge pitch event illustrates very well how we help the Danish companies to enter the Korean market,’ says Cassandra Tong Ban Garner, who has worked closely with the life science team at the embassy.

Bring contacts back to Denmark

Cassandra Tong Ban Garner has also assisted other departments at the embassy with market analysis, news updates for the website, organising events etc., and she has built a network among many of the 30 Danish and Korean colleagues. They go out for dinner, explore Seoul and during the weekends and holidays, they have travelled to places like Jeju, the Korean equivalent of Hawaii. 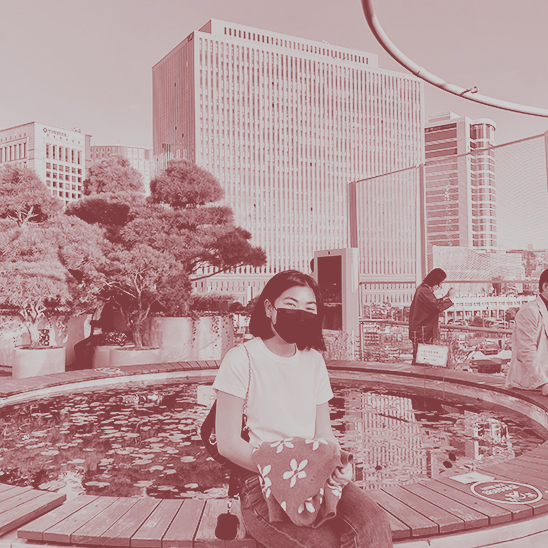 When Cassandra Tong Ban Garner finishes her internship in the end of January, she plans to go back to Denmark and write her Master’s thesis.

‘I intended to stay in China, South Korea or the like to do my Master’s thesis, but the current COVID-19 situation causes so many uncertainties in relation to obtaining visa that I decided to return to Denmark. Now, I am looking forward to start my thesis, which is about knowledge sharing, and I return from South Korea with a network that will be useful in relation to my thesis and career,’ says Cassandra Tong Ban Garner.

Even though it takes some energy to settle down in a new country, Cassandra Tong Ban Garner has enjoyed the opportunity to put all her effort in the internship. The embassy has helped with practical issues like visa, and the interns took over the rent of a well-located apartment from the previous interns. There is also a strong tradition among the interns to make a careful handover.

To stay focused on the learning and her tasks, Cassandra Tong Ban Garner has kept a daily logbook, and it has turned out to be a great instrument for herself and in the handover to the new intern.

‘In a busy daily life you tend to forget all the things you actually do. It is nothing fancy, but every single day I have updated my logbook with the things I have worked on that particular day. It is great to read through, and it turned out to be very useful when I started to prepare my handover to the next intern,’ says Cassandra Tong Ban Garner, who got the advice to keep a logbook from another intern.