A day out of the ordinary

The books were put away for a day, when the students took part in the official opening of the new home of SDC

In 2014 Her Majesty The Queen broke ground for the new home of SDC, and 25 September His Royal Highness The Crown Prince attended the inauguration of the House of the Danish Industry Foundation.

In his speech His Royal Highness The Crown Prince drew parallels to the days when he studied abroad himself, and after the official inauguration ceremony an opportunity to exchange experiences came up.

His Royal Highness the Crown Prince, the Danish Minister of Higher Education and Science, the President of Chinese Academy of Sciences and other prominent people were having a walk and talk around the campus with SDC students.

Nicklas Nordahl Møller was one of the students who had a chance to share his experience of China, the study programme and the campus with His Royal Highness the Crown Prince.

“He was very interested in knowing why I had chosen to go to China and how I looked upon China in a greater perspective,” says Nicklas.

Being a part of SDC

The last couple of weeks have been busy, as many of the students have helped getting the last details ready for the inauguration.

“It has been great to be able to help with some practical issues, as I feel I have taken ownership of the building and SDC. I really feel I am a part of it. And at the moment I cannot think of any other place I would rather be,” says Nicklas.

Mia Bodenhoff is studying her first year of the Master’s Programme in Chemical and Biochemical Engineering. She also took part in the walk and talk around campus. Even though she has only stayed at the campus for less than a month, she feels at home.

“You quickly get to know the campus really well, and I am really having a great time here. Before I came to China I was very nervous if I would fit in here, but I found out that there was absolutely no reason to think that way,” says Mia Bodenhoff.

After the tour around campus the students stopped by the dorm to get ready for a banquet dinner which rounded off an extraordinary day at campus. 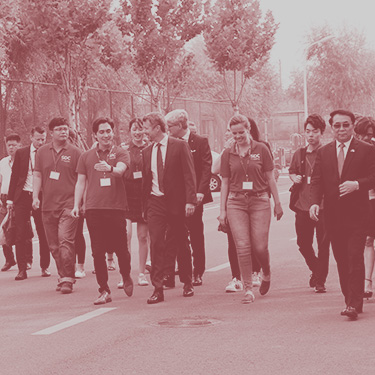 Nicklas Nordahl Møller and Mia Bodenhoff were among the students who took part in the walk and talk around campus. 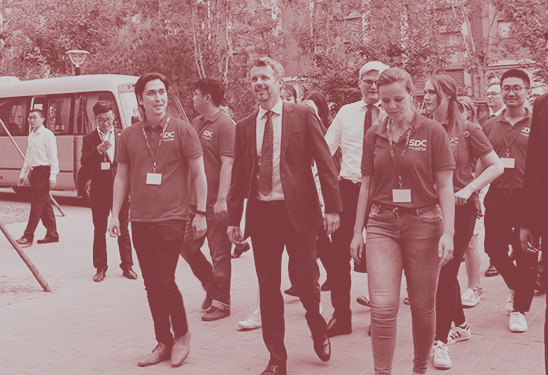 Among others the Ambassador A. Carsten Damsgaard, His Royal Highness The Crown Prince, the President of the Chinese Academy of Sciences Bai Chunli and the Danish Minister of Higher Education and Science Søren Pind were introduced to the campus area by SDC students. 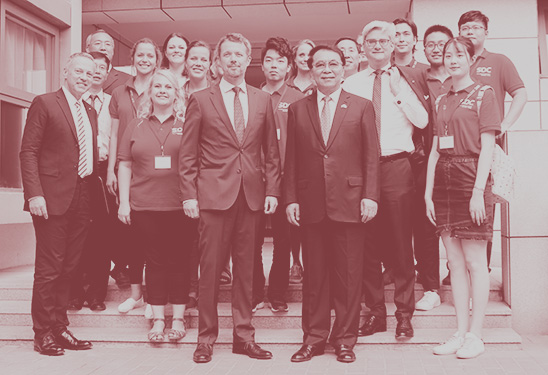 After a morning with speeches and guided tours in the House of the Danish Industri Foundation it was time for a walk. 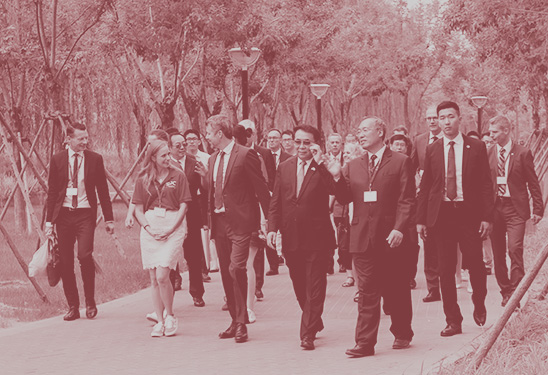